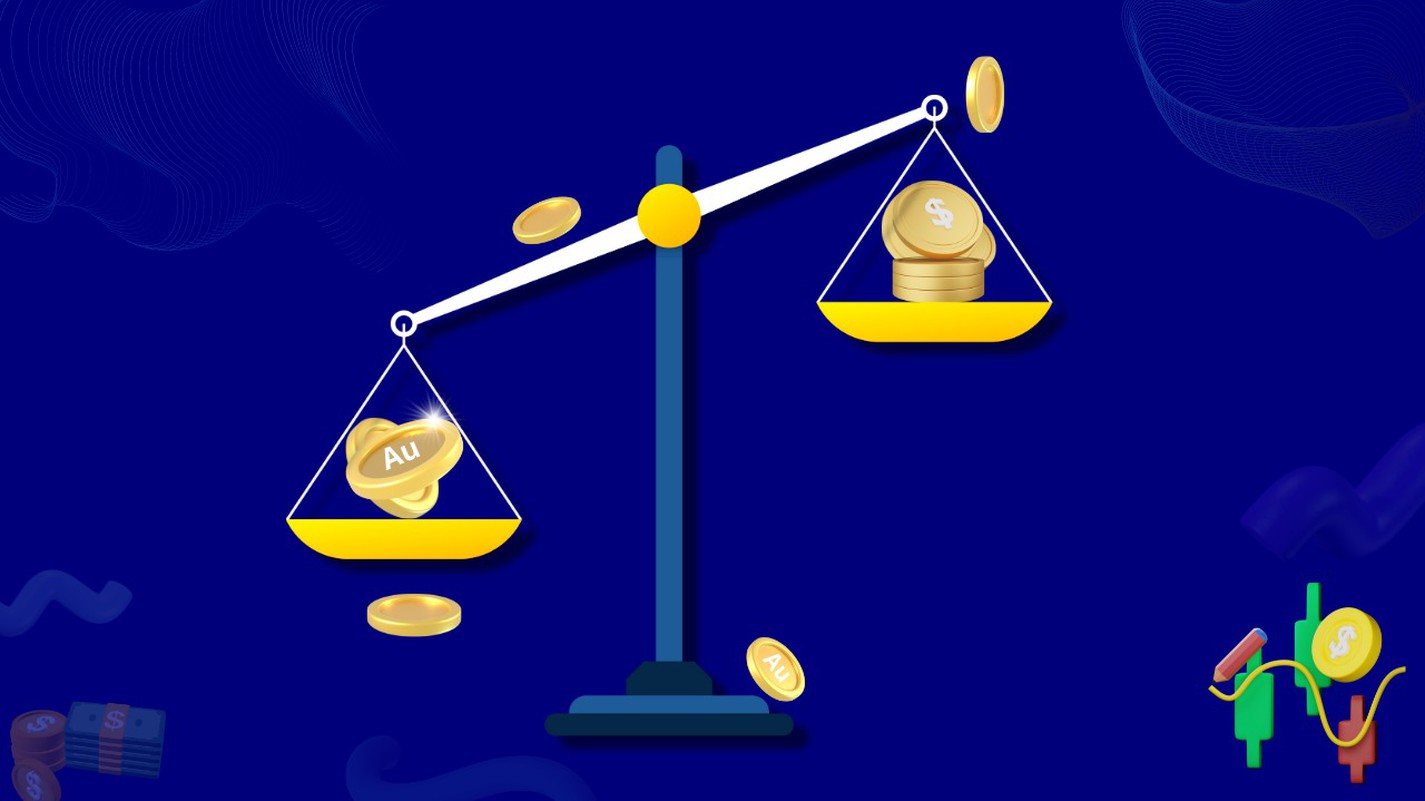 By the time the markets closed last Tuesday, the S&P 500 had logged in its worst-ever start to a year ever.

Meanwhile, last Monday, we saw the third largest intraday reversal for the S&P 500 ever.

At one point, the Nasdaq lost almost 5% for the day, and the Dow Jones shed 1,100 points. By the close, they were both in the green.

The Crypto Market crash in January 22 just wiping out a staggering 1 trillion and nearly 30000 new millionaires in the last 3 months according to https://economictimes.indiatimes.com/markets/cryptocurrency/nearly-30000-bitcoin-millionaires-wiped-off-in-last-3-months/articleshow/89150010.cms?from=mdr

When there’s volatility, you need conviction in your strategy. And you need to step back and

Five Rising Fears on the Volatility

Fear No. 1: In December, the Federal Reserve said it would raise interest rates and cut its nearly $9 trillion balance sheet.

This caused near-panic in the markets. But on Wednesday, Fed Chairman Jerome Powell spoke again.

Powell spoke after the Fed’s first meeting since December, which ended yesterday. And his

Fear No. 2: Earnings haven’t blown expectations out of the market.

Companies tend to set low earnings expectations. That’s so they can beat expectations when

Wall Street banks do this, but they’re not the only ones. Other companies on the S&P 500 do it, too.

It’s just that this year, earnings haven’t beaten expectations by as much as in the past. This took the shine off many of the names that reported quarterly results this month.

Earnings season kicked off two weeks ago. You wouldn’t know it from the overall market behavior…

But around 77% of the companies that reported results so far have beaten analysts’ expectations.

(Although not by as much as usual, due to inflation and supply-chain issues.)

Now, there are exceptions, such as General Electric and Netflix. They both missed expectations on various metrics… And their share price took a nosedive.

Market volatility tends to follow the glass half empty mentality as a first reaction. After that, it

This same exact issue has made headlines before. We saw it in 2014, when Russia invaded the Crimean Peninsula in Ukraine. It rattled the markets, but then they shrugged it off.

Markets don’t care about geopolitics for very long. They care about money.

World trade is growing, and supply chains are slowly coming back.

World trade took a hit for much of 2021. But in November, the United Nations published a more

optimistic report. World trade hit a new high between July and September, the report said. And it was on track to grow by 23% in 2021, compared to 2020.

Now, supply chain disruptions do inflate prices. And even though we will still see effects of those disruptions, things are getting better. The fact that more trade is taking place means that at least some supply chain issues are easing up.

According to inflation forecasts, we could see overall inflation go down by as early as the second half of 2022. Certain sectors and commodities will probably still feel the effects of inflation, no matter what the Fed does. But overall, we won’t see the same kind of sensational inflation we saw over the past year.

We’ve seen 10 corrections since 2008. After each one, the market resumed its upward trend.

Remember, the market is floating on trillions of dollars of central bank liquidity.

There’s no way the Fed is going to cut off its flow of cheap money for good. Because of that, in the long run, the only way the market can go is up.

How to Keep Calm and Carry On

The five factors above aren’t going away any time soon. But we urge you to keep calm and

How may you ask?

Well, one way is to turn this turbulence into an opportunity. For that, these insights are

These can come in handy if you’re looking to take advantage of the selling, and buy stocks

when they’re beaten down:

The first sector is New Energy.

The focus on clean and sustainable energy sources is growing, both here in the U.S. and

$750 billion was spent on clean energy technologies and efficiency worldwide in 2021. But

there’s a lot more to come…

to modernize the nation’s electricity grid so that it can carry more renewable energy.

And other countries are also planning “New Energy” investments…

The United Kingdom has pledged $4.1 billion to boost clean infrastructure projects in

developing economies. And in November, it announced funding for a $660 million solar

Our next sector is Infrastructure.

includes $110 billion towards repairing roads and bridges, $66 billion for railroads, $25

So, in this category, we’re putting all the building materials, precious metals, engineering,

Now, there are some overlaps here with the New Energy sector above. The Biden

administration has vowed to make 50% of all vehicles sold in the U.S. “zero-emissions” by

2030. Building out a robust electric vehicle (EV) charging infrastructure is key to achieving

There are currently just over 100,000 EV charging stations across the country. But the target

Third, we have the Transformative Technology sector. This covers communication,

And again, there’s some crossover here, especially with the EV charging infrastructure

mentioned above. So, we’ll focus here on the other three areas, starting with

nation. The 5G rollout, too, continues to pick up momentum, with mobile operators

Next is the health sector. When the coronavirus news first broke in 2020, scientists

estimated it would take years to develop a vaccine. But, using advanced genetic editing and

Finally, space. Private investment in space companies is on track for a new annual record of

The fourth sector, Metaverse and AI (artificial intelligence), is one of the most thrilling

sectors to emerge since the 20th century space program.

The metaverse is a virtual world, an online space in which we can live, work, shop, meet

friends, attend concerts and fashion shows, and have fun… all without leaving the house.

Bloomberg estimates that the metaverse will be worth $800 billion by 2024.

Facebook, one of the world’s best-known companies, has set its eyes on becoming a

“metaverse” company. It changed its name to Meta back in October.

We’re watching closely to see what the other big names, including Sony, Google, Microsoft,

and Samsung have planned…

AI is hot, too. It is already being used in multiple industries, from finance and media to

staggering. Some of the most prominent players are Amazon, Apple, Facebook, Google

estimates that AI will add at least $13 trillion to the global economy by 2030.

Some of the four areas above will intersect with the fifth and final trend. That is, New

on financial services, such as payment transfers, loans, and deposits.

That includes the cryptocurrency world and its underlying blockchain technology.

these NEW MONEY strategies to invest in like CASHETS™ Infinity Vault

the gap from real physical asset trade in all the 5 sectors mentioned above to blockchain.

We also believe crypto in general is an evolving disrupter to Wall Street, traditional central

banks like the Federal Reserve, and the main global fiat currencies such as the U.S. dollar,

the euro, and the Japanese yen.

How You Can Take Advantage of This Today

Don’t fall for the common “growth vs. value” myth. Instead, look for companies that

straddle the divide between the two.

As you narrow down your search, focus on our top five profit themes for 2022. That’s where

Follow these tips, and you’ll be in good shape to protect yourself from the negative effects

of the market’s distortion.

Happy investing, and I’ll be in touch again soon.

Disclaimer: None of the information contained here constitutes an financial advice, offer (or solicitation of an offer) to buy or sell any product or to make any investment, or to participate in any particular strategy.

Utopian Global does not take into account your personal investment objectives, specific investment goals, specific needs or financial situation and makes no representation and assumes no liability to the accuracy or completeness of the information provided here. The information and publications are not intended to be and do not constitute financial advice, investment advice, trading advice or any other advice or recommendation of any sort offered or endorsed by Utopian Global. 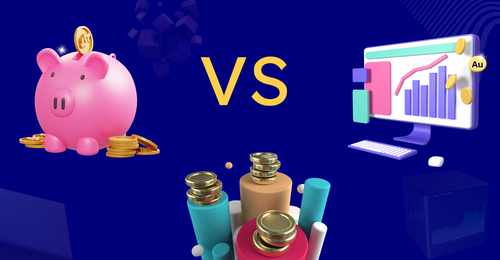 To save or to invest – that is the question 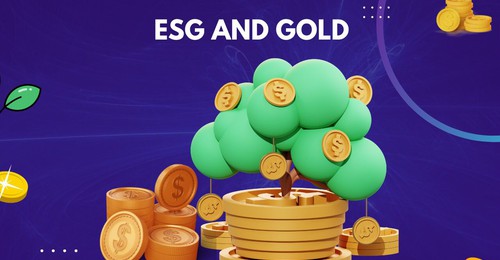 Investing in ESG based stocks and assets is not just a morally conscious decision. It’s performed better on average than conventional stocks too. 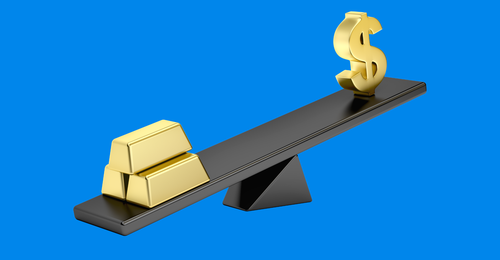 Did you know that gold was once used as a currency? People used to hand each other gold bars in exchange for goods and other things.