Looking for stable yield from real physical assets instead?

Then wait no longer and sign up to the CASHETS™ Infinity Vault yield!’ with estimated APY earnings of 17%-30%. 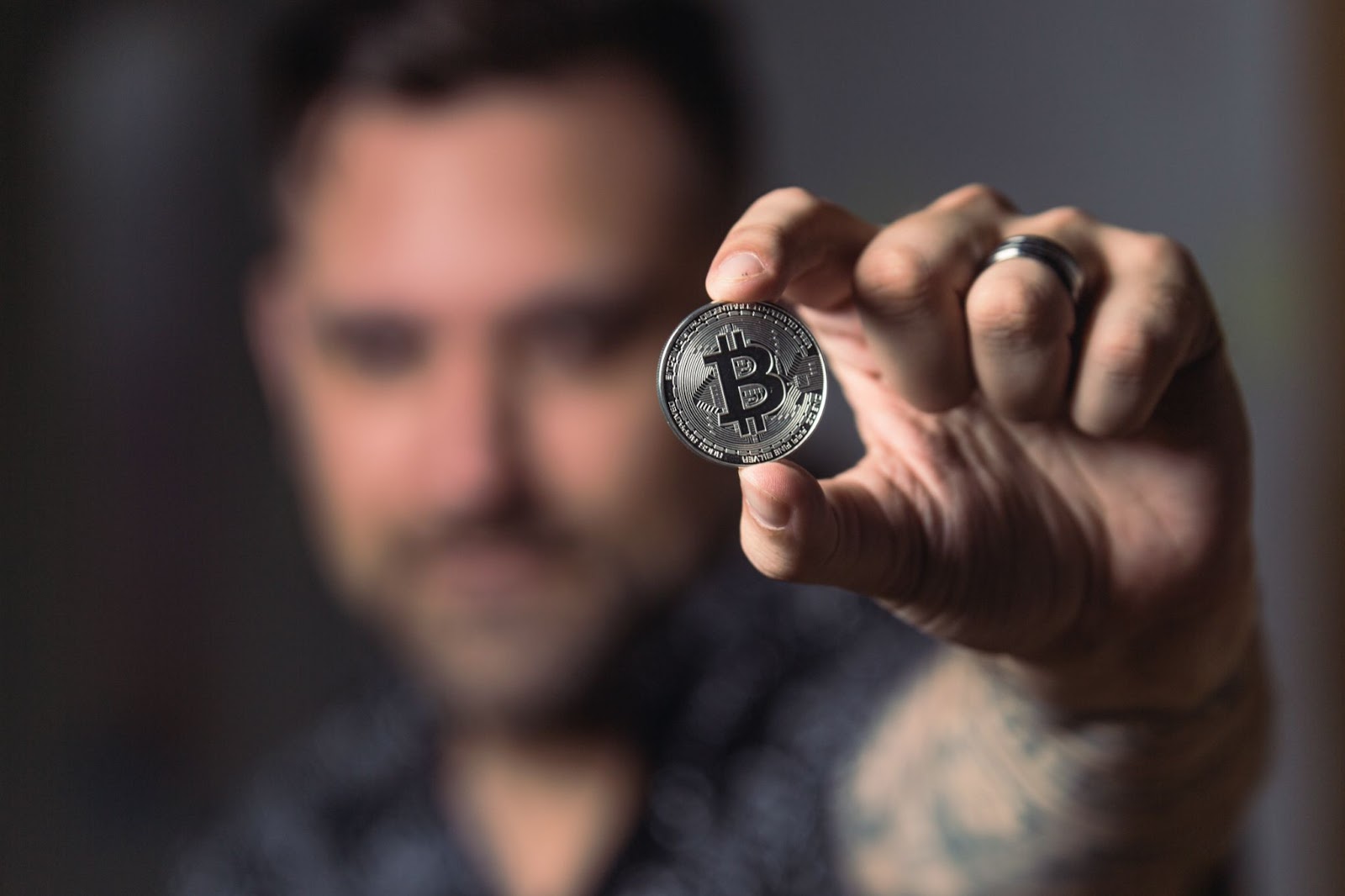 2024 may be the answer to the crypto-market plunge that we’re all seeing right now.

There are two significant events that could suggest a significant bull-run for the crypto-market, especially bitcoin. But first, let’s look at the cyclical behaviour of markets.

The reason crypto doesn’t just go up forever is because markets are cyclical. Like everything else, from weather to life to business to stocks.

The markets are cyclical because eventually, everyone who wants to buy a stock has bought.

It does not matter which stock or market we look at. Blackrock, Vanguard, Microsoft, Google, PayPal, Visa, China, El Salvador etc. (and every other market…) has always followed a pattern

Then it goes back to accumulation. 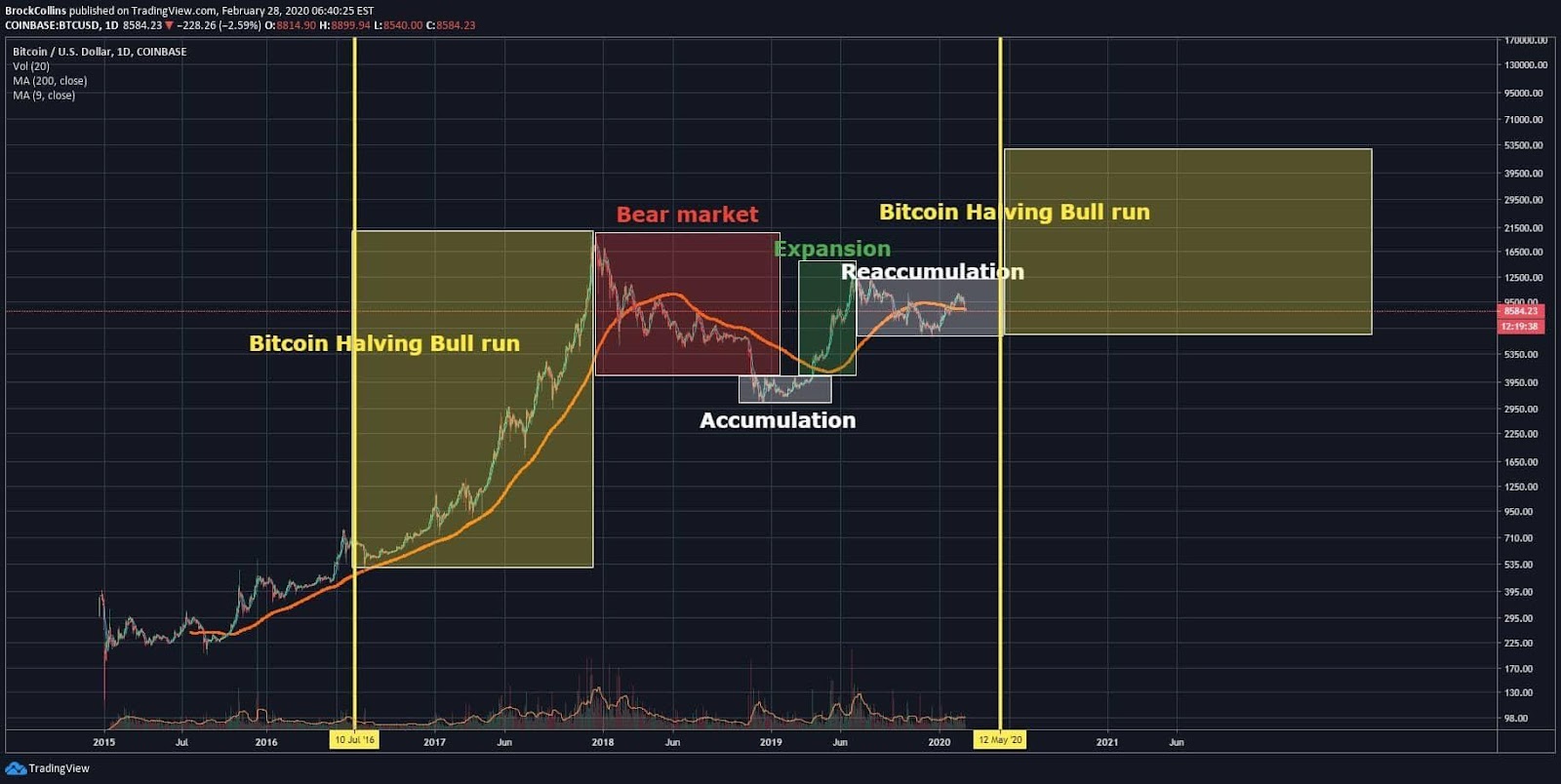 As you can see, we haven’t even started to enter an accumulation phase. We’re still very much in the “bear market” mark down phase.

This is what the previous bitcoin market cycles have all been based around.

Bitcoin has a set pattern when it comes to how the currency will be supplied.

Bitcoin halves the rewards it gives out to miners who successfully create transaction blocks in the blockchain.

This is an event that happens roughly every 4 years and essentially halves the rewards given to miners causing an increase in demand as the cost of mining a bitcoin doubles.

While investors can earn bitcoin in many ways, mining is the only way you can get newly minted bitcoin.

It’s similar to digging for gold, except with Bitcoin, you’re mining “transaction blocks” for which you get rewarded in bitcoin.

And when the reward (in Bitcoin) for mining gets halved, that effectively reduces the supply of bitcoin coming in.

Bitcoin has seen this plunge in supply before and usually it comes with a bull run due to lower supply, pushing its price up.

But this time the economy is not the same.

The U.S economy has just reported the highest inflation (8.6%) it’s ever had since 1981 and on Wednesday, the FOMC (Federal Open Market Committee) has decided to increase its Federal Funds rate by 75 basis points (0.75%), the highest hike since 1994.

There are two ways Bitcoin could go from here:

If the FOMC decides to keep interest rates high until 2024 and beyond, there will be a lower money supply in the economy.

Lower money supply means investors will have less money to buy bitcoin, which means we won’t see a bull run for the coin or at-least not as large as we expect.

Also, if high inflation is still around, that means we’ll see more money going towards essentials (grocery, fuel etc) and not bitcoin.

But if the action taken by the FOMC of keeping interest rates high is successful in curbing inflation, then it’s possible the federal funds rate could taper off, allowing money to flow within the economy and stimulate spending, especially in the stock market.

That alongside a bitcoin halving event should push up the price for crypto.

Even if bitcoin does not increase in price, we could be seeing other cryptos with better algorithms ready to ride on the coat-tails of low inflation and low interest rates.

Here’s what the federal reserve has projected for the federal funds rate from 2022 to 2024 and beyond. 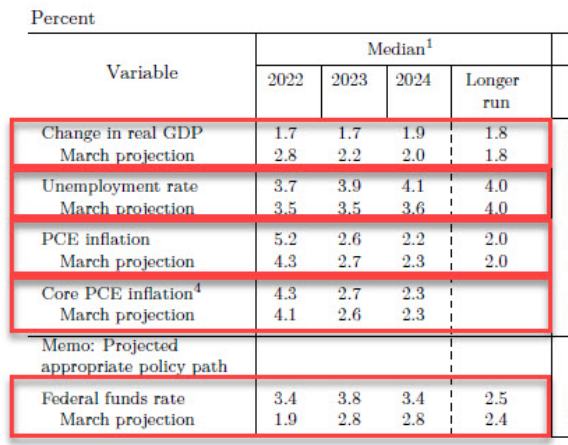 That is when, hopefully, inflation has tapered off.

This article is not the complete answer

While the Utopian Global team is well-versed in the dealings of the financial market, it’s important to do your own research before you make any investment decision and as always DCA (Dollar Cost Average).

(Please note that this article is not professional investment advice. It is an attempt to educate the investor on all developments in the financial world. If the investor chooses to make an investment decision after reading this article, he does so based on his own judgement.)

Looking to own 999.9 parts per thousand, LBMA-certified gold?

Head over to our website at https://utopianglobal.com/ to start saving real tangible assets that are the ultimate hedge against inflation!