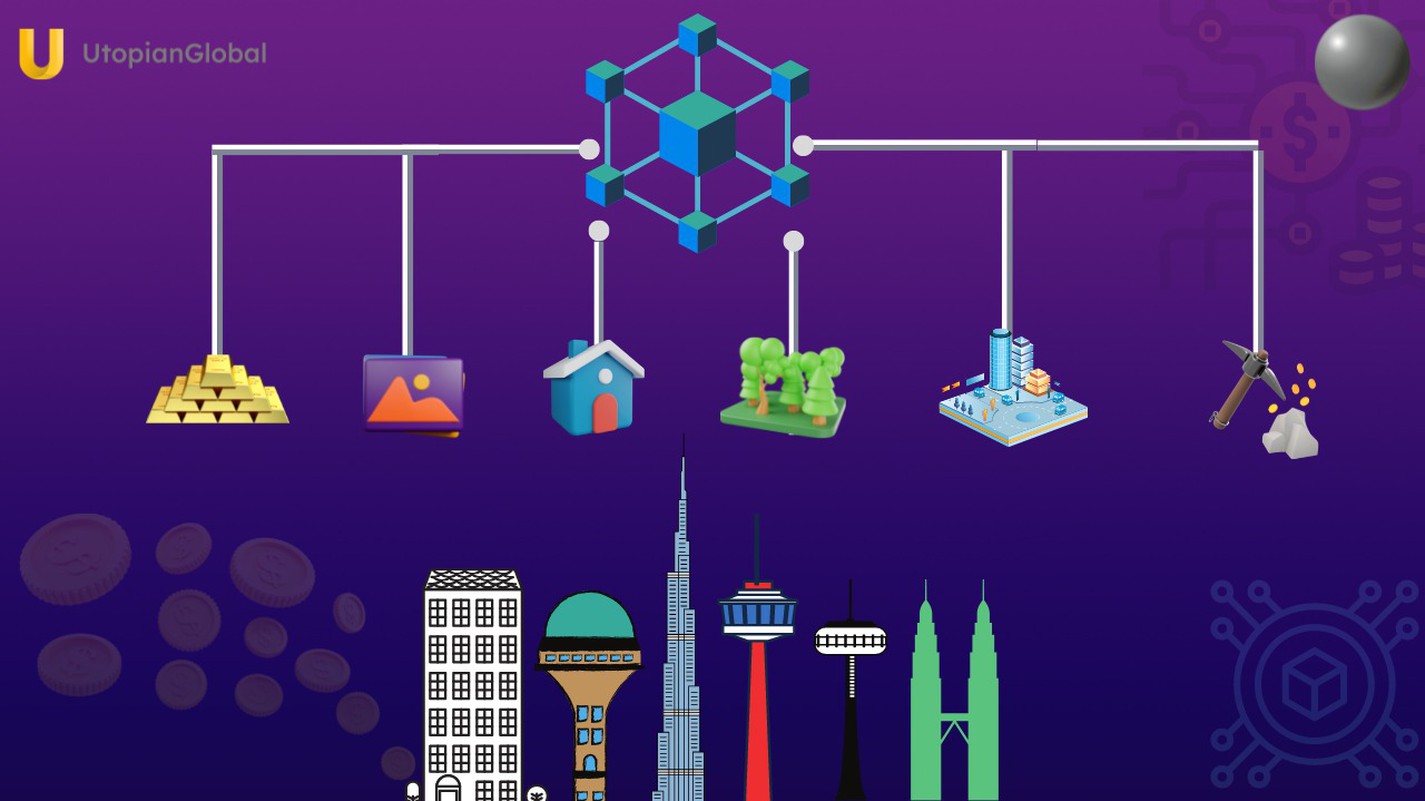 New doors are opening as we move towards a decentralized economy.

Digital business models are now being applied to physical items and non-fungible assets, unlocking trillions of euros in inaccessible assets and revenue streams.

The advent of tokenization has revolutionized the way we invest and raise money.

A blockchain-based token is a digital currency that can be bought, saved, and transferred across the internet.

These tokens operate on the chain as a store of value and have the rights associated with the assets they represent, while the real-world assets they back continue to exist "off-chain."

This isn't anything new. “'Air miles,' for example, is a typical case of tokenization in which 'air miles' may be converted into particular goods, services, or flights.

Digital tokens also use this method.” “We can now tokenize real assets with blockchain technology, allowing us to provide liquidity to segments that have previously been neglected by capital.

The more fascinating aspect of tokenization is that it will be used to democratize particular aspects of commercial transactions, and doing so will also level the playing field for our broader economy by including resources that have previously been utilized but without transparent pricing.

“The last thing I'd like to mention is that a blockchain-based token will always be able to transport more rules than a regular share or stake in an asset or a processor, in theoretical terms, the capital, the productive resources, and the (more or less clever) ways to operate them can combine into one.”

In the conventional financial system, investing barriers are extremely difficult to overcome.

With the decentralization of tokens, however, minimum investment requirements are lowered while opening up opportunities for new generations.

Consider how much money it takes to buy a piece of property or artwork in today's economy.

With tokenization, we may lower the minimum investment threshold, allowing more people to participate in commercial transactions.

“Tokenized assets will allow us to bypass certain barriers or negate intermediaries.

It is no surprise that blockchain-based tokens have already had a significant impact on finance, changing the way we do business and raising money by allowing us to trade in new ways, among other things.”

Unlocking the Value of Illiquid Assets

Previously, illiquid assets such as real estate or precious metals have been inaccessible to a larger group of investors because they were difficult to trade on secondary markets.

Users can trade many types of assets from a single wallet, and transactions are completed faster.

Smart contracts may be used to automate and streamline a variety of time-consuming, manual processes while the clearing and settlement processes may become more straightforward and effective.

The Complete Traceability and Validation

With a permanent record of ownership, tokenized assets allow for improved traceability and transparency.

Each occurrence is recorded on an unchangeable common ledger that documents the entire history of activities conducted over an asset.

This ensures that all relevant parties have access to the most up-to-date ownership record ledger. With the financial system failing to achieve interoperability across its fractured borders, tokenized assets remove physical and geographic restrictions.

This pushes us toward a borderless digital economy.

One might say that the tokenization of assets is yet another step in our evolution from commodity money to fiat currency, which are separate entities that are backed by different kinds of value.

But if you ask me, it sounds more like revolutionizing the way we invest and trade.

“Every asset (real estate, company equity, art, etc.) will have its token, which will be freely tradable.”

The World Is Being Tokenized From Cars to Ancient Artifacts, and It’s All Starting With the Internet.

We may tokenize any sort of asset, including real estate and art, as well as commodities and even virtual assets like securities.

According to research and surveys from organizations such as the World Economic Forum (WEF) and Deloitte, the revenue generated by blockchain-based solutions will rise to just over $1 trillion in 2025, with the business value-add of blockchains reaching around $176 billion that same year.

Tokens can be used to represent physical assets, such as bottles of wine, pills, or even jewelry.

These items, which are frequently involved from a producer to a customer in the supply chain, can now be monitored in real-time to identify and avoid illegal usage.

IBM accomplished precisely that in 2019. IBM and Pacific International Lines ran a successful pilot to track a 28-ton shipment of mandarin oranges from China to Singapore on the IBM Blockchain Platform. But it isn't just IBM.

And Spencer Dinwiddie, a well-known basketball player who "maximized his ability and boosted fan involvement," became the first athlete to put his contract on the blockchain.

Let's take a look at some of the most promising applications for tokenizing real-world assets.

In the examples above, you can see that tokenization has a variety of usage cases and applications, but let's concentrate on the most exciting ones.

The Generation of Real Estate Tokenization

In 2019, the worldwide real estate market was worth more than $830 billion. Nonetheless, the industry is one of the most illiquid asset classes.

This is why, these days, it is considered one of the most suitable assets for tokenization.

Real estate funds now have the option of trading fractional shares of real-world assets (i.e., property), which provides investors access to these markets at a more affordable price point, with much less friction.

Tokenization can also provide investors with much greater liquidity in real estate investment, allowing them to trade the tokens on secondary markets.

The increased liquidity provided by tokenization is one of its most attractive features when compared to traditional funds that are hamstrung by high minimum investments.

For instance, when comparing Lending Token's real-world tokenization example (below) and Paragon's tokenization of real estate (above), we see two different approaches to what is essentially the same problem.

What is the significance of gold? The answer is straightforward.

Gold has always served as a secure store of value for investors, maintaining stability in times of economic uncertainty and financial volatility throughout history.

Gold's value is far easier to track and handle than cash, so gold tokenization can help with bureaucracy by cutting out the middleman.

Investors are buying the rights to real physical gold, which is kept in vaults but readily available on the ledger.

There is no way for a blockchain record to be transferred to multiple people since it is unchangeable. The Universal Protocol Alliance a consortium of blockchain-related companies consisting of Bittrex Global, Ledger, CertiK, and Uphold is launching a network called the "Universal Value Network," allowing investors to buy and sell a wide variety of assets, including gold.

In 2019, JP Morgan also announced its intention to tokenize gold bars on the Ethereum network and represent them on Quorum, its enterprise blockchain.

Quorum, a blockchain company based in New York City, has developed an enterprise-grade distributed ledger platform that it plans to use to facilitate the trade of physical assets like gold.

In an interview with Australia's Financial Review,

Tokenizing stocks is a cool way to improve liquidity and spread ownership of an asset.

A new business model based on digital tokens could help companies reduce capital costs, raise funds for investments in growth or expansion, and value equity based on market conditions.

One good example of a tokenized stock is the German company Neufund, which aims to provide companies with capital for development.

It also offers investors an opportunity to invest in startup companies through its platform.

To incentivize investors, the company provides the possibility to sell investments before liquidation dates and repurchase them afterward at a lower price.

According to the Art Basel and UBS Art market report released in 2017, there is somewhere between $66 and $100 billion of art sales each year.

As the industry was not making much technological progress over the years, it is now being disrupted by blockchain technology.

In 2019, a large number of art investors have already begun to explore tokenization as a means to secure their assets and transfer them in the blockchain world.

In May 2019, Maecenas—a decentralized global art platform that allows fractional ownership of artworks—started selling tokens called ARTs that represent shares in fine art pieces from added a new feature called “art investing simulation” with which users can experience owning artworks even before they decide to purchase them.

To make the process easier for potential investors in the art market, Maecenas has started selling ART tokens that represent shares in fine art pieces to its investors.

Maecenas allows fractional ownership of artworks by tokenizing them and selling parts of the works to art lovers who want a piece but cannot afford it.

The auction began with 100 handpicked individuals who could acquire portions of 14 Small Electric Chairs in Bitcoin, Ethereum, or the ART token.

The platform already runs on Ethereum's Blockchain with ERC-20 compatible tokens, but with its upcoming move to Polkadot, Maecenas will have access to the wealth of new users on the platform.

However, the contemporary art industry's traditional business model has not changed in decades, resulting in a lack of transparency, significant investment hurdles, limited liquidity, and copyright concerns.

The digitization of artistic works may help to alleviate some of these issues, making the art market more accessible.

It's also a cost-effective approach to build an unchangeable record of artwork copyright information and improve transparency for all players in the ecosystem.

Many other exciting projects have emerged over the years.

For instance, Utopian Global with its CASHETS token is the first fully transparent digital asset platform that offers a unique and exciting way to generate constant cash flow.

Its Infinity Vault allows you to shortcut your way to wealth and achieve your financial goals with ease. With Utopian Global, you'll enjoy complete peace of mind knowing that your investments are safe and secure.

So what are you waiting for?

Join us today and discover the power of Utopian Global!

Over the next decade, we will see a fundamental shift in how we invest, from traditional investment options towards the opportunities that Blockchain presents.

These platforms will allow investors to diversify their investment portfolios, whether they want to invest in gold, art, or other traditional asset classes.

We are excited about the tremendous opportunities that will emerge for incumbent players in traditional investing areas, along with thousands of new companies.

The world's economy is open to blockchain-based innovation.

Even more importantly, trillions of dollars are on the verge of entering the crypto universe even though market sentiment has been bearish in recent months. 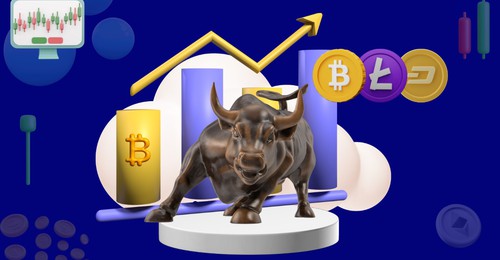 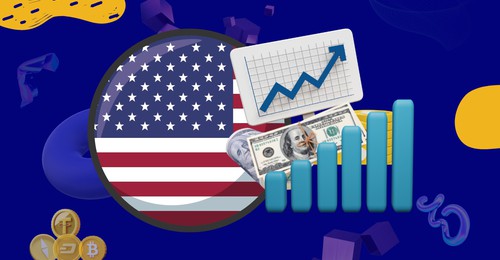 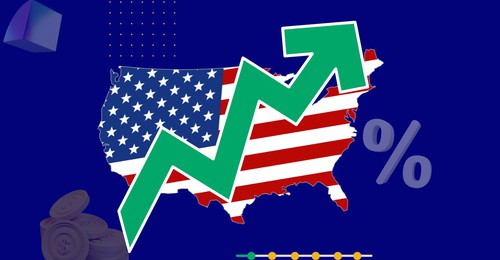